On August 12th, PfP is screening Saverio Costanzo’s 2004 film Private. This film explores the Palestinian situation through the means of an allegory.

Here’s a short description: “Inspired by real events, documentary filmmaker Saverio Costanzo’s feature debut is a minimalist psychological drama about a Palestinian family of seven suddenly confronted with a volatile situation in their home that in many ways reflects the larger ongoing conflict between Israel and the Palestinian people.” (Palestine Online Store)

And here’s what you need to know:
WHAT: PfP’s screening of Private
WHERE: Ethical Society Building–1906 Rittenhouse Sq, Philadelphia PA
WHEN: Wednesday August 12th, 2009 @ 7PM

On August 15th, PfP is screening a second film, the documentary Jenin Jenin. This film features accounts of Palestinian’s who survived the Jenin Massacre of 2002.

Here’s a short description: “This documentary chronicles the Jenin Refugee Camp after the Israeli invasion of the West Bank and assault on the camp in 2002. Victims, many living in refugee tent cities, relate the story of devastation and brutality of the IDF assault on the camp. The film expresses their deep rage against the Israelis and their despair and hopelessness concerning their situation and their future.”

Palestinian olive oil will be sold!! $5 suggested donation at the door. These screenings are meant to education those who want to learn more and to fund our newest playground projects! Please feel free to contact us if you have any questions! [email protected] 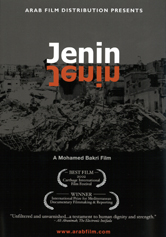 On July 14th, Playgrounds for Palestine joined friends and family to remember Salah Ajarma, our dear friend, comrade, and brother who passed away in April 2021. Salah was an integral member of PfP and over the years he became family to all of us. He was a man of integrity, passion, and unwavering commitment to

Play, while it cannot change the external realities of children’s lives, can be a vehicle for children to explore and enjoy their differences and similarities and to create, even for a brief time, a more just world where everyone is an equal and valued participant.